With hundreds of caves explored and mapped, the island of Samar is starting to be recognized as the caving capital of the Philippines. Langun-Gobingob Caves, the largest caving system in the country is also found in Samar, particularly in the town of Calbiga. The cave system has a huge chamber that can easily fit three football fields. So if you want a new spice of adventure, caving in Samar has to be included in your bucket list.

Langun Gobingob is a caving system located in Samar Island National Park or SINP. SINP is a 333,000 hectares of protected natural eco-tourism system spanning the whole island of Samar and its three provinces, Northern Samar, Eastern Samar and Western Samar (or simply Samar). It is also the biggest natural park in the Philippines, comprising the largest contiguous lowland tropical rainforest in the country.

Aside from holding the title as the biggest cave in the Philippines, Langun Gobingob is also said to be the second largest cave in Asia. Its karst formation is also reputed to be the third largest in the world.

Also called as the “mother of all chambers”, Langun-Gobingob Cave is the largest cave of the 12 caves in Calbiga measuring 270 meters long and 160 meters wide. The cave is famous for speleothems and various cave life such as several endangered species of bats, cave crickets (troglobionts), the eyeless fish (Caecogobius cryptophthalmus), cave spiders (tarantula), birds, snakes, and white and red crabs. 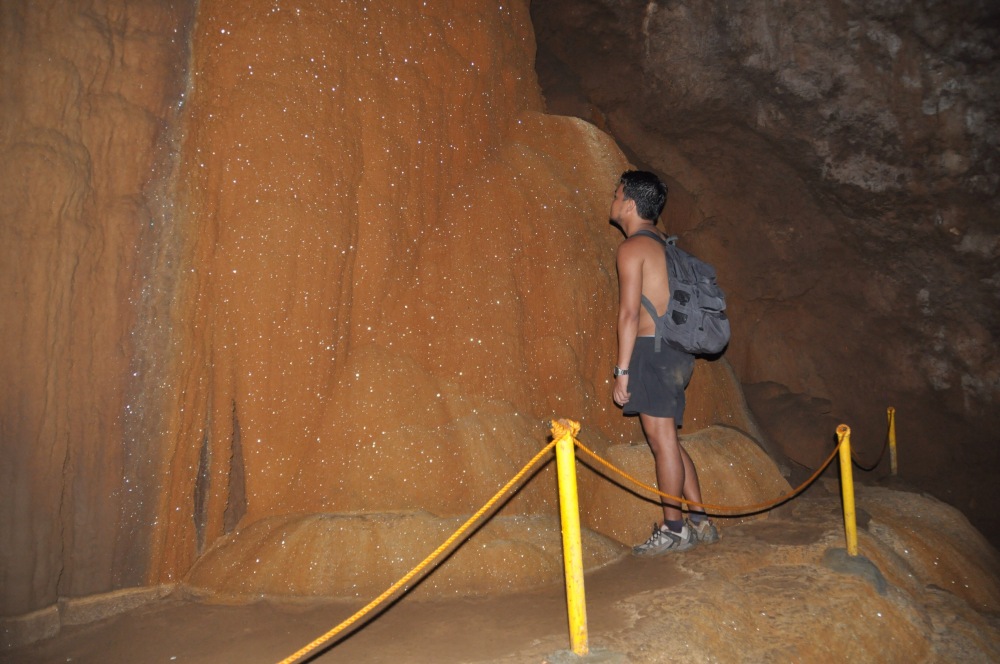 It was initially discovered by an Italian expedition back in 1987 but was further explored by three cave divers namely; Bruce Konefe, Thomas Bodis and William Hudson in August, 2009. A new section discovered was named Lurodpon a Waray-waray word for “Underwater Cave,” giving a new full name for the system “Langun-Gobingob-Lorodpon Cave.”